Woodwind instruments can and have been made out of many different materials. Historically, the first instruments were made out of boxwood or other European hardwoods like apple, pear or plum wood. To be suitable for woodwind instruments it needs to be hard and stable, to keep its shape as well as withstand the constant exposure of high humidity, produced inside the instrument's bore.

From the middle of the 18th-century tropical woods, like ebony and African blackwood/Mpingo, became the preferred material, due to its superior qualities regarding sound and stability. Mpingo is one of the hardest and densest woods available. It grew in the savannas and bushes in eastern Africa (Kenya, Tanzania, and Mozambique). Mpingo needs at least 80 years before the tree is large enough to get harvested. Some of them are as old as 300 years. Chances are high that the clarinet you own has wood from the time when Beethoven was alive! Nobody thought about clarinets that many years ago. Since 2016 Mpingo is listed on the CITES list of endangered species and it is now under special protection.

In 2015 Michele von Haugg founded Dajara - Clarinets for Conservation- to create awareness of the importance of mpingo for the music world. Besides free music lessons in Tanzania, they started to plant over 2000 Mpingo trees in dedicated areas to ensure that later generations can appreciate this amazing wood as well.

The center of Grenadill is brown to black, the outer splint is white


Cocobolo is another occasionally used tropical wood-primarily for student instruments and bells. It is less dense and less expensive. To resemble mpingo/grenadillo it is often stained black. 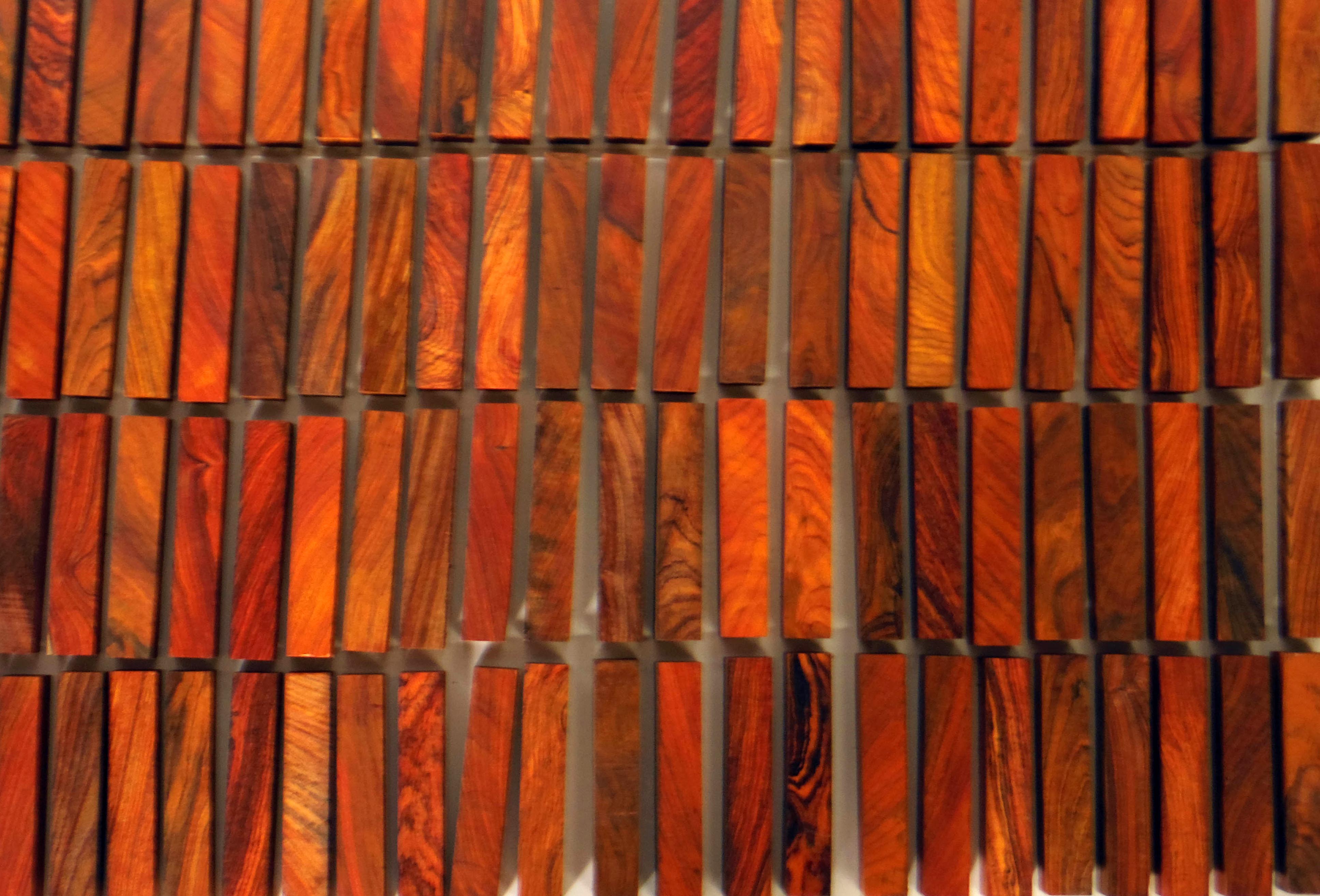 To reduce the price of the instrument, some builders choose to use cocobolo for the bell and stain it black.


Green-line , a mpingo/grenadilla compound material made from mpingo dust, carbon fiber, and glue was developed to be able to preserve more trees as well as to prevent instruments from cracking. It is solely used by Buffet Crampon. The acoustic and physical properties are of the same high quality as grown wood. Cracks are extremely unlikely but body tenons have a higher risk of breaking. That's why Lohff & Pfeiffer offers a special Greenline tenon protection system ....read more
.


Besides wood, other materials have been used as well: 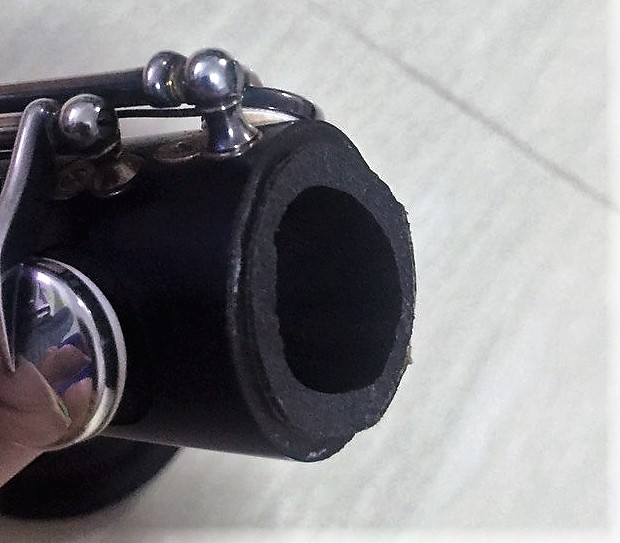 Greenline tenons break easily, do to the lack of a grown structure.
.
Metal clarinets have been made by all major manufacturers from around the turn of the century until the early 20th. They were very popular among doubles during the Big-band and Swing-Music area. Their sound can be surprisingly warm and round. We always carry some vintage as well as Orsi Metal clarinets. Orsi is the only modern manufacturer, who still produces them. 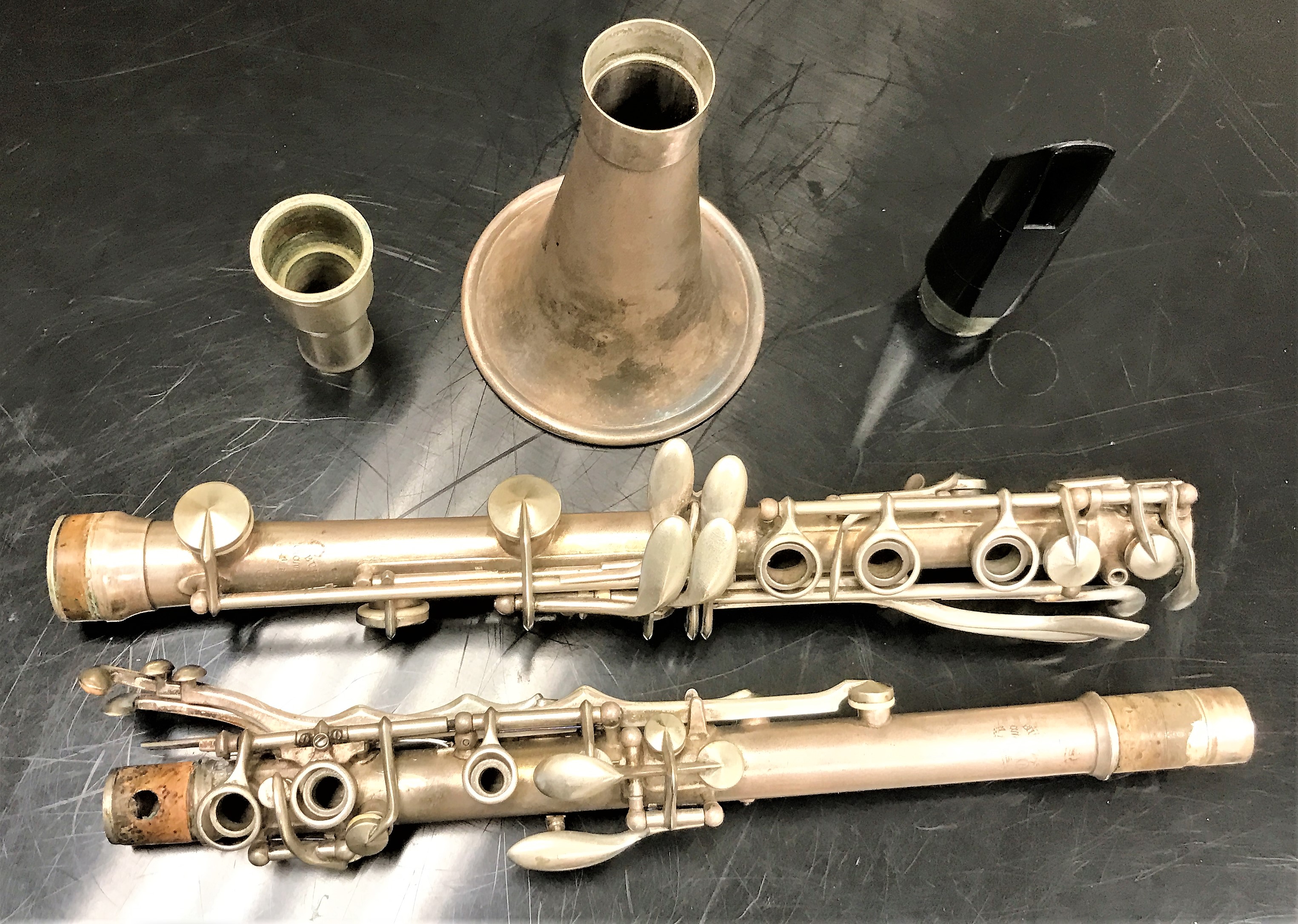 Different types of plastic, as well as the heavier hard rubber, has been used since 1960 for student instruments. They require less care and are considerably cheaper. Although most of them are made out of black ABS or Nylon, you might find some clear ones made out of acrylic.