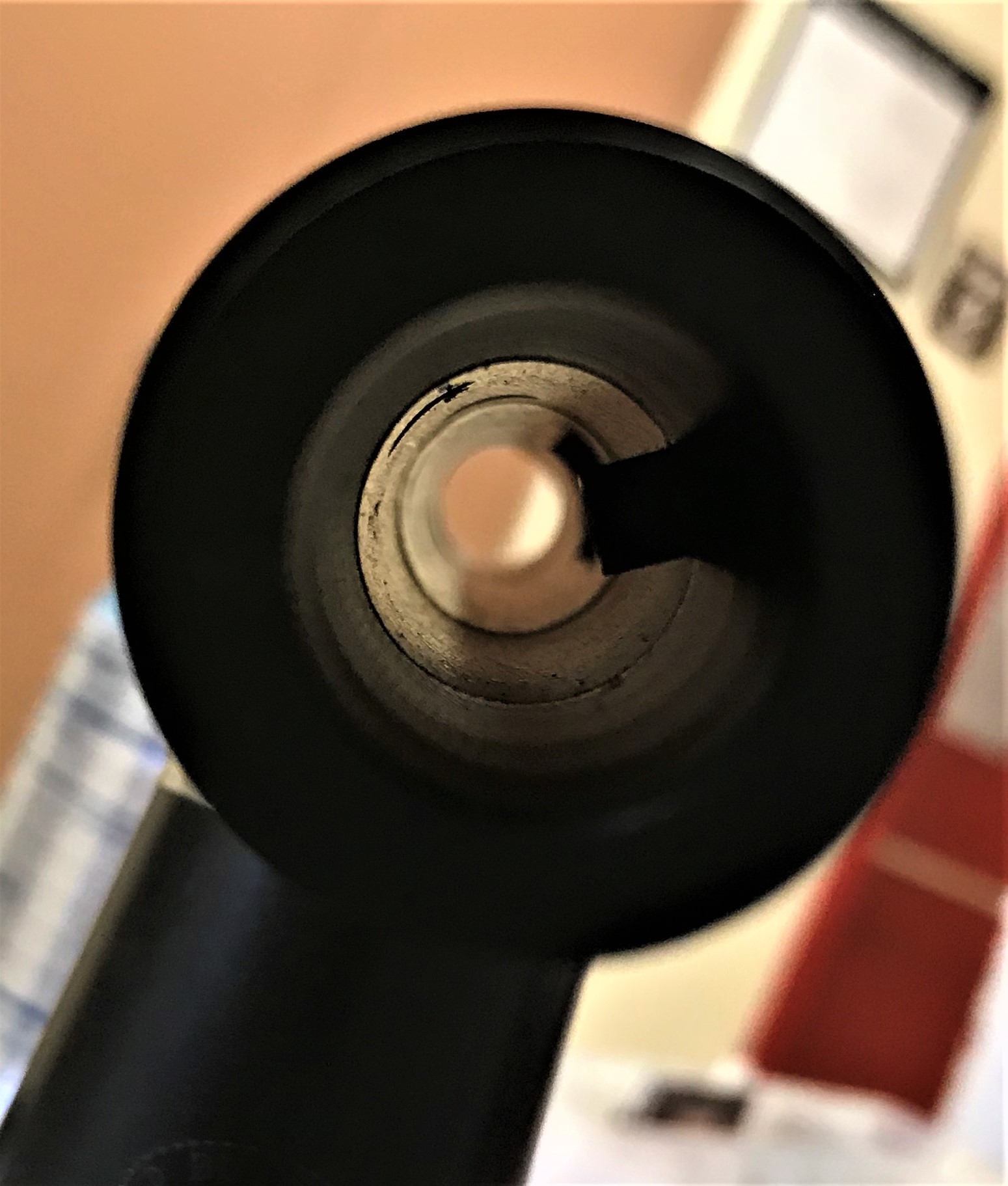 Poly cylindrical bore, The bore is wider at the barrel side and becomes slowly smaler.

The bore is the heart and soul of the clarinet. It determines the sound, response, focus, resistance, and intonation of the instrument.
The bore of clarinets is often described as cylindrical in contrary to oboes, bassoons, or recorders. This was historically true but doesn't apply for modern clarinets anymore. Only the lower clarinets like alto, basset horn, bass clarinet, and lower still have a cylindrical bore.

From the top joint barrel side, where most clarinets have an inner diameter between 14.8 - 15.3mm, to the open G-hole, will the bore be reduced to anything between 14.3mm to 15mm depending on the brand and model. From there, until the low G hole, will they be cylindrical.

Further down, they flair out in different degrees, again depending on the brand and model.

When you compare different models, the bore dimension will be one of the most important parameters.
The smaller a bore is, the more resistance the instrument will have, and the sound is darker, and the airspeed will be increased, which helps to focus the sound. If you like the sound, but find that the instrument has too much resistance,
1. first make sure that it is perfectly sealing and
2. try it with a more open mouthpiece.

The wider the bore is, the less resistance the instrument will have, the sound is rich on overtones and sounds brighter, but the airspeed will be reduced, which will result in less projection. If you like this sound, but the instrument plays too freely and uncontrolled, try a mouthpiece with a smaller opening.

The bore of older instruments will have increased over the years due to wear, caused by swabbing. It will make the sound very open and the pitch will be sharp.
Lohff & Pfeiffer developed a technique to restore the bore, to bring the old sound and pitch back again. ....læs mere
br>