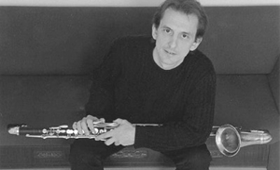 Fritz G. Berthelsen received his education as a clarinetist and bass clarinetist at the Swiss Music Conservatoire in Genève from Thomas Friedli. He played in several modern music ensembles and held positions as a teacher and music school director.

Since 2014 Fritz works as a freelance musician, a consultant for Lohff & Pfeiffer for Scandinavia and Baltic, and as a bass clarinet specialist.

Due to his many talents, he is also responsible for our web design.
Help us to get better
Was this article helpful?